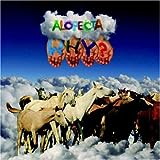 As anticipated, the band–Yoni Wolf, Josiah Wolf, Doug McDiarmid–continues its calculated blitzkrieg on that self-made jangle-rap, indie pop ‘n’ roll genre, but the stakes are raised. The boys returned to their Midwest roots for Alopecia, hunkering down in Minneapolis’s 3rd Ear studio and inducting a pair of venerable massive guns into the band: Fog mastermind Andrew Broder and bassist Mark “Bear” Erickson. Throwing their samplers to the wind (primarily), Why? recorded dwell as a five-piece. By the time the core trio returned to Oakland (wherever Thee Much more Shallows’ D. Kessler engineered a last session), they’d amassed their most quick and cohesive batch of songs to day.

Sildenafil citrate for the treatment of alopecia